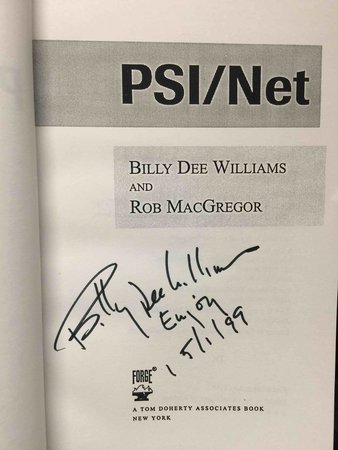 New York: Tom Doherty Associates, 1999. SIGNED first edition - First novel by this actor (who was in two Star Wars movies, among others) and an Edgar award winning writer - the story of a former Air Force Major who had been used as a 'psychic spy' and found his marriage and his life ruined as a result - and now his past is returning and threatening to damage him again.

Condition: SIGNED on the title page by Williams and dated 5/1/99. Fine in stiff white wrappers (as new.)