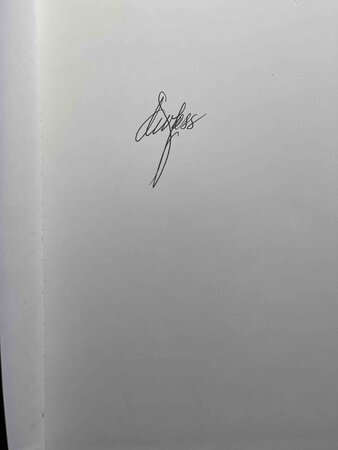 A PROUD AMERICAN: The Autobiography of Joe Foss.

Pacifica, CA: Pacifica Military History, (2001, c 1992) dj. SIGNED hardcover first edition - An account of the life of Marine ace and Medal of Honor winner Joe Foss. When the US became involved in World War II, Foss was considered too old to be a fighter pilot, and he was assigned to photographic reconnaissance. He persisted in trying to become a fighter pilot and eventually was transferred to the Marine Fighting Squadron. He shot down a Japanese Zero on his first combat flight, and 26 Japanese aircraft in the Battle of Guadalcanal. After the war he was elected as the youngest governor of South Dakota, and he was the first commissioner of the American Football League. SIGNED on the front endpaper by his wife and the primary author, Donna Wild Foss. Illustrated with photographs. Originally published in 1992, this includes an 8 pp epilogue which recounts selected events in his life up to 2001. Chronology, selected bibliography. xviii, 347 pp plus the epilogue and index. ISBN: 0-93555355x.