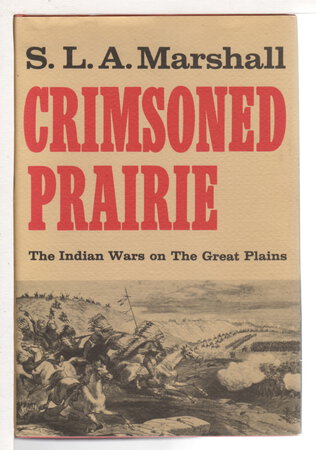 CRIMSONED PRAIRIE: The Wars Between the United States and the Plains Indians During the Winning of the West.

New York: Charles Scribner's Sons, (1972) dj. Hardcover first edition - A military historian's definitive history of the Indian Wars - the first to provide a thorough analysis of the military tactics involved. Include the story of the war with the Nez Perce, Chief Joseph's battle against the federal troops, a new analysis of Custer last stand and more. Illustrated with photographs and line drawings by the author; maps by Mark Lennox. Index. xiv, 256 pp. ISBN: 0-684130890.