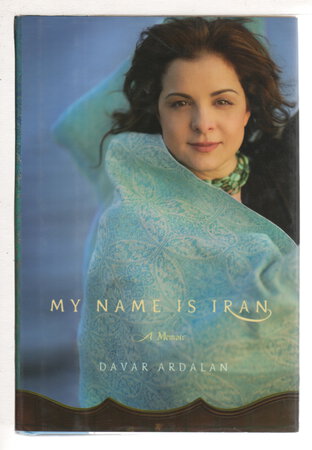 MY NAME IS IRAN: A Memoir.

New York: Henry Holt, (2007) dj. Hardcover first edition - The author, an award-winning producer for NPR's Morning Edition, traces her personal journey as well as Iran's struggle for a lawful society, twenty-five years after the 1979 Islamic Revolution - and the story of three generations of her family. "Her American grandmother's love affair with an Iranian physician took her from New York to Iran in 1931. Ardalan herself moved from San Francisco to rural Iran in 1964 with her Iranian American parents who barely spoke Farsi. . . Improbably, after high school, Ardalan decided to move back to an Islamic Iran. When she arrived, she discovered a world she hardly recognized, and one which demands a near-complete renunciation of the freedoms she experienced in the West. In time, she and her young family make the opposite migration and discover the difficulties, however paradoxical, inherent in living a free life in America." Map frontispiece, photographs, notes, bibliography. 323 pp. ISBN: 978-0805079203.