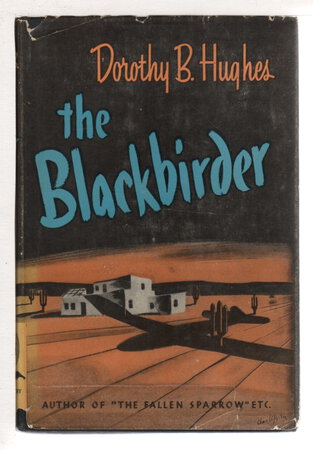 Cleveland, Ohio: World Publishing Co., (1945) dj. Hardcover - The old slave-traders were known as "blackbirders," and now during the second World War, with thousands desperate to flee from the Nazis, traffic in humans is going on again. One thousand dollars to fly a refugee over the border and into New Mexico. After a young German is shot outside her apartment in New York, where she was living, undocumented, a desperate girl - who had already escaped once from German controlled Paris to Cuba to precarious sanctuary in the US - finds her way to Santa Fe in order to escape - but what or who is pursuing her and why? A suspenseful novel, with a vulnerable but appealing heroine. 250 pp.

Condition: Good in a good dustjacket - usual rather severe toning to the pages, small spot whited out on front endpaper, some toning and edgewear to the dj