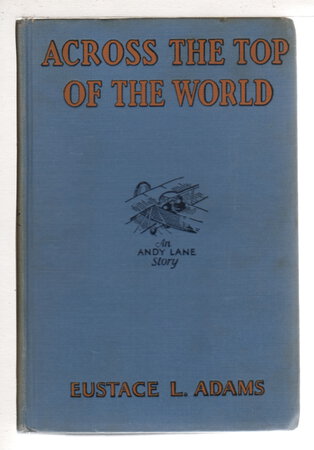 ACROSS THE TOP OF THE WORLD. The Andy Lane Series #11.

New York: Grosset & Dunlap, (1931). Hardcover first edition - The rather uncommon 11th book in this series (the next to last title) of flying stories for boys, featuring the young aviator Andy Lane. "Andy refuels his ship in the air and sets a new endurance record." Adams was in the American Ambulance Service and the U S Naval Service during World War One; in the 1930s he was a prolific contributor of aviation-linked stories. this series, his most popular, was notable for the variety of experimental aircraft which Andy flies. Glossy frontispiece, 243 pp plus 7 pp of publisher's ads. Lists to #10 at back of book .