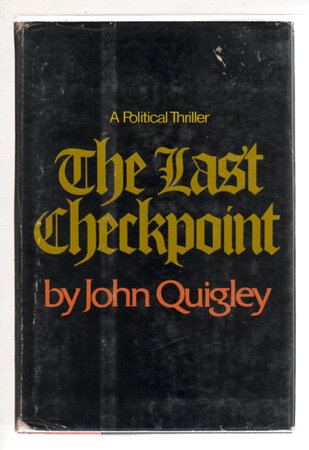 New York: McCall, (1971) dj. Hardcover first edition - A political thriller, set in Berlin in the 1970s, in what was then the near future. A "safe" compromise candidate is the premier of East Germany, but he proceeds on a program of liberalization, which includes tearing down the Berlin Wall - but the repercussions are immediate: he is kidnapped by the Russians, Soviet tanks roll in - 222 pp. ISBN: 0-841501084.

Condition: Near fine in a fair only dust jacket with rubbing and edgewear.