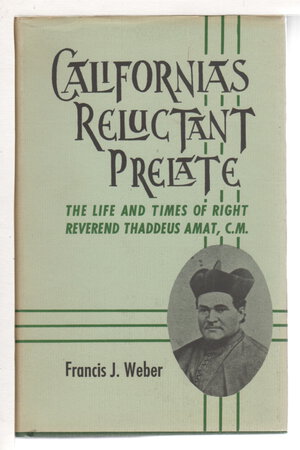 Los Angeles: Dawson's Bookshop, 1964. dj. Hardcover first edition - Born in Spain, Amat entered the Congregation for the Mission and in 1838 he volunteered to go to America. By 1848, he was the rector of the diocesan seminary in Philadelphia - but in 1853, Pope Pius IX appointed him to vacant bishopric of Monterey in California. Both his appeals and that of his community were in vain, so he became the "reluctant prelate." Frontispiece portrait and 15 internal plates. Foreword, preface, bibliography and index. xv, 234 pp.