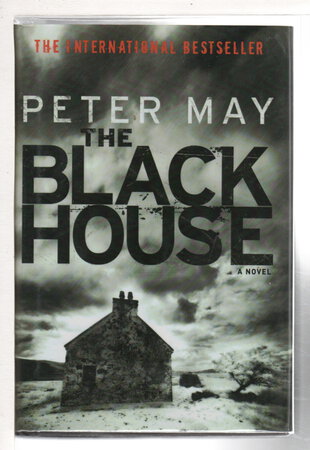 New York & London: SilverOak/ Quercus Books, (2011) dj. Hardcover - The first book in a new trilogy, featuring Edinburgh cop Fin Macleod. "Two bodies are found hanging from trees: one in Edinburgh, the other on the Isle of Lewis, the most northerly isle in the Outer Hebrides. Macleod, originally from Lewis, is assigned to the case for no more reason than that he speaks Gaelic. Two narratives vie with each other. One involves Macleods struggles with confronting people whom he left behind years ago. The other, which eventually informs the first, is Macleods first-person memories of his life on the island." Published in French before it appeared in English, this was awarded the 'Prix des Lecteurs' (readers' prize) at the Le Havre festival of crime writing. Maps. 357 pp. ISBN: 978-1454901273.

Condition: Near fine in a fine dust jacket (toning to pages).