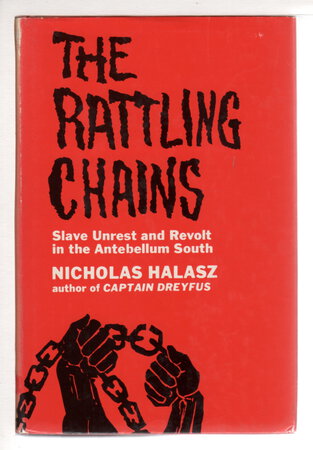 RATTLING CHAINS: Slave Unrest and Revolt in the Antebellum South.

New York: David McKay Co., (1966) dj. Hardcover first edition - From the very first chapter called "slavery - a new American commodity" and in its history of early slave uprisings beginning as early as one in Gloucester County, Virginia in 1668, this book not only discusses part of American history often ignored, but uses it to explain why civil rights are not easily achieved. Written long before the 1619 project, it provides an earlier perspective on those ideas. Notes on sources, index. 274 pp.

Condition: Ex-library with the usual markings, but overall tight and clean in a near fine unmarked dust jacket (some sunning to the spine of the dj)