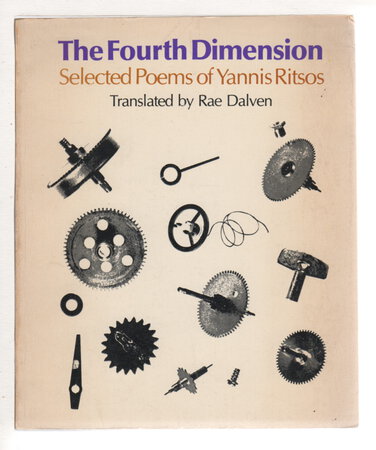 Boston: David R. Godine, Publisher, (1977). First edition - A substantial collection spanning 40 years by one of the greatest 20th century Greek poets. He was a Communist and an active member of the Greek Resistance during World War II but after the war he was arrested twice and sent to prison camps, from 1948-52 and again in 1967. Translated from the Greek by Rae Dalven, who also provides a long preface and a bibliographical note. Square format. xxiv, 156 pp. ISBN: 0-879231823.

Condition: Near fine in illustrated wrappers (some toning to the covers).