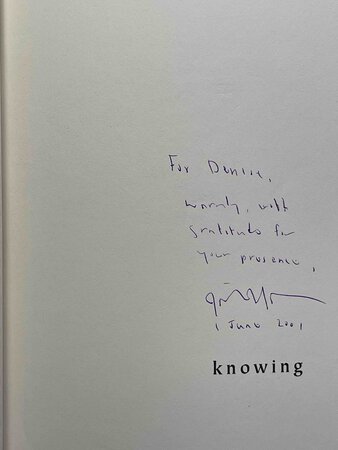 Fayetteville: The University of Arkansas Press, 2000. SIGNED first edition - Includes a selection of new poems, in addition to the best poems from the first seven books by this award-winning poet. "Holden's command of language is staggering, and his range of subjects is extensive. He writes about sex, mathematics, nationalism, propaganda, baseball, and blackmail with an emotional honesty that pushes his observations in surprising directions that the reader can never anticipate." SIGNED on the title page and INSCRIBED on the half title page and dated in 2001. Holden was selected as the first Poet Laureate of Kansas in 2004. 166 pp. ISBN: 1-557285527.