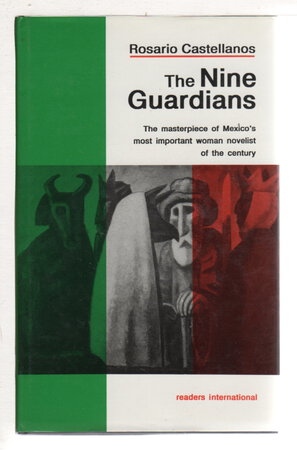 London: Reader's International, (1992) dj. Hardcover first edition - Originally published in Spanish in 1957, this is considered the masterpiece of Mexico's most important woman novelist of the 20th century. Set against the Mexican Revolution in Chiapas, the southern Mexican state where Castellanos spent her childhood, and which has a strong Mayan presence. Translated from the Spanish and with a preface by Irene Nicholson. Includes a glossary of unfamiliar Spanish and Indian words. 272 pp, Uncommon in hardcover and especially so in this condition. ISBN: 0-93052389x.