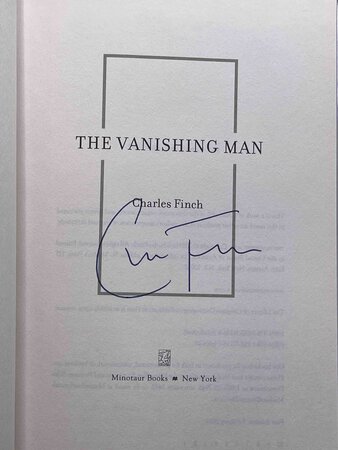 New York: St Martin's Minotaur, (2019) dj. SIGNED hardcover first edition - The 12th book to be published in this series of mysteries, a series which has been described as" ranging from the slums of London to the corridors of power," although this title is the second of a trilogy prequel to the main series. Charles Lenox, a Victorian gentleman, is just beginning his career as a detective along with his friend Lady Jane. "London 1853. The secret pursuit of a long lost portrait of Shakespeare and a shocking murder sends Charles Lennox on the hunt for a criminal mastermind." SIGNED on the title page. 288 pp. ISBN: 978-1250311368.