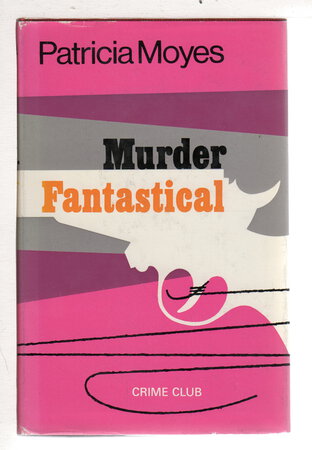 London: The Crime Club / Collins, (1967) dj. Hardcover first edition - The seventh mystery featuring Scotland Yard Chief Superintendent Henry Tibbett and his wife Emmy - "The Manciples have always been known to their neighbors as the most eccentric family in the charming village of Cregwall. But nothing has ever started the local tongues wagging so much as when the body of Raymond Mason, who recently has taken a mysterious interest in buying the Manciple estate, is found lying in the Manciple driveway with a bullet hole in his forehead. The local authorities quickly call in Chief Inspector Henry Tibbett, who, almost in spite of himself, finds that he is charmed by the Manciples, who apparently will go to any extreme - even murder - to save their ancestral home." 286 pp. Surprisingly uncommon in the first edition.

Condition: Fine in near fine dust jacket (some rubbing to the back cover, a bit of sunning to the spine of the dj, affecting the word 'fantastical' but overall a very attractive copy.