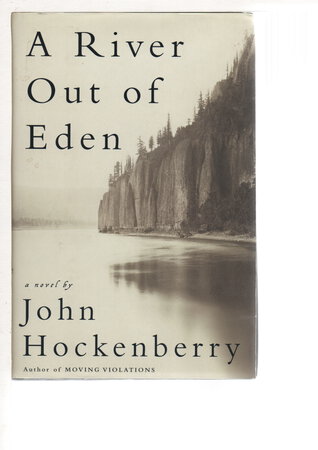 A RIVER OUT OF EDEN.

New York: Doubleday, (2001) dj. Hardcover first edition - The author's second novel, a thriller set amid the cultural and environmental wars rocking the Pacific Northwest - based on real events: the Celilo Falls on the Columbia River was at one time the largest falls west of the Mississippi and the site of one of the oldest human settlements in North America - until the dams were built on the river. Features Francine Smoholla a U.S. government marine biologist, fighting to save salmon threatened by the dams that supply Washington's hydroelectric power, but as a Chinook Indian, she finds herself torn between the colliding forces of technology and environmentalism. Author's note. Review copy with publisher's material laid in. 362 pp. Photographic endpapers. ISBN: 0-385494254.