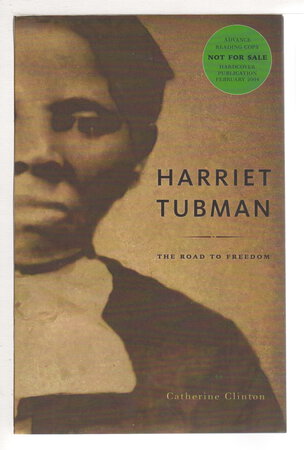 HARRIET TUBMAN: The Road to Freedom.

Boston: Little Brown, (2004). First edition - The first full scale biography of this important figure in American history. Illiterate but deeply religious, Tubman fled Maryland in her early20s and escaped to Philadelphia, but within a year was drawn back to the South, first to help family members slated for auction and then to rescue others. She became the first and only woman, and one of the few fugitive slaves to work as a conductor on the Underground Railroad. When the Civil War broke out, Tubman acted as a scout and a spy while serving with the Union Army in North Carolina. Notes, bibliography. vii, 259 pp.