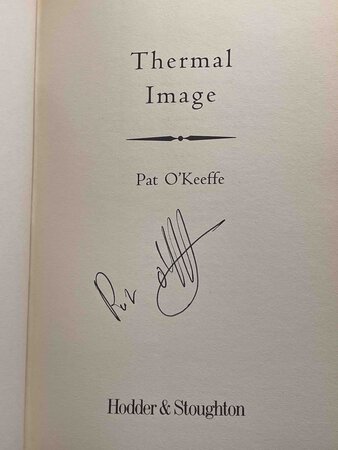 London: Hodder & Stoughton, (2002) dj. SIGNED hardcover first edition - The first novel by a writer who is himself an Operational Station Officer in the London Fire Brigade. "Steve Jay is a fireman on the edge. Crippling debts and the recent return of his unfaithful partner, Jenny, are getting between him and the job he loves. A horrific fire in an East London fashion store tests him and his watch to the limit. And when an old friend offers him serious money to investigate a series of suspicious fires, it sounds like the answer to his prayers. His decision to accept the case plunges him into a nightmare of arson and murder." SIGNED on the title page. 358 pp. ISBN: 0-340820152.

Condition: Very near fine in a fine dustjacket (would be fine except for the inevitable toning to the pages) .