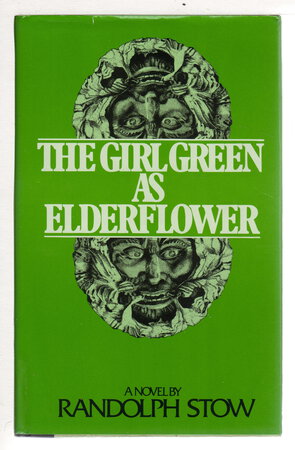 THE GIRL GREEN AS ELDERFLOWER.

New York: Viking, (1980) dj. Hardcover first edition - A novel by this award-winning Australian writer, which is often considered to be the most closely linked to his life. After with a bout of malaria in Papua New Guinea, he moved his "ancestral county" of Suffolk and used traditional tales from that area in this his novel. translating some of them from the Latin himself, and he based many of the characters on his friends. Although Stow received many awards, including the Patrick White award in 1979, he is the least well-known of the three great twentieth-century Australian novelists whose other members are Patrick White and Christina Stead. 150 pp. ISBN: 0-67034091X.

Condition: Ex-library with the usual markings, some reading wear, but in a fine unmarked dust jacket..