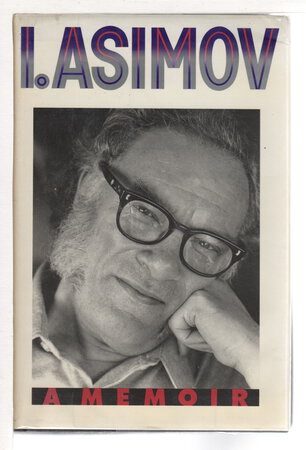 I. ASIMOV: A Memoir.

New York: Doubleday, 1994. dj. Hardcover first edition - Published posthumously, this third of Asimov's autobiographical works looks at events over his entire life and how they influenced his writings and thoughts. A more reflective book than his earlier chronological ones. Includes an epilogue by his wife, Janet Asimov and a catalogue of Asimov's books. 562 pp.