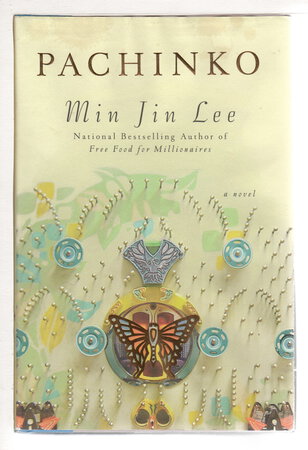 New York: Grand Central Publishing, (2017) dj. Hardcover - The author's second novel. "Beginning in 1910 during the time of Japanese colonialization and ending many decades later in 1989, Pachinko is the epic saga of a Korean family told over four generations." A moving story and one which illuminates the situation of Korean immigrants in Japan, in the years before and after World War II. Longlisted for the National Book Award. Basis for the 2022 streaming series. Highly recommended. 490 pp. Illustrated endpapers. ISBN: 978-1455563937.

Condition: Fine in near fine dust jacket (a bit of crinkling to the top edge of the dj)