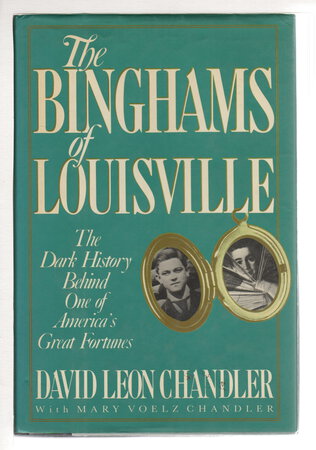 THE BINGHAMS OF LOUISVILLE: The Dark History Behind One of America's Great Fortunes.

New York: Crown, (1989) dj. Hardcover first edition - A book which traces the history of one of America's richest and most powerful families and offers a hypothesis regarding the death of Mary Lily Kenan, the widow of Henry Flager, the Standard Oil Tycoon, who died "of natural causes" just 8 months after she married Robert Bingham - who used the money he inherited to start his publishing kingdom. Originally published, but never distributed, by Macmillan, this includes a preface which lays out the history of this cancellation. Illustrated with black-and-white photographs. Extensive notes, index. xii, 292 pp. Genealogical tables on endpapers. ISBN: 0-517568950.