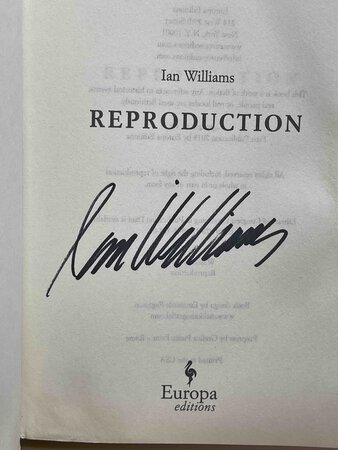 Edition: Uncorrected proof for the first US edition, issued as a trade paperback.

New York: Europa, 2020. SIGNED first edition - The first novel by this award-winning Afro-Canadian poet and short story writer, the winner of the 2019 Giller Prize. Spanning three decades from the 1980s and set in the racially and economically diverse and cultural vibrant Toronto neighborhood of Brampton, it has been described as a "story in which love takes strange, winding paths and grows in a context shaped by community, family, longstanding friendships, and fleeting interactions that leave their mark on us forever. Felicia, a nineteen-year-old student from a West Indian family, and Edgar, the lazy-minded and impetuous heir of a wealthy German family, meet by chance when their ailing mothers are assigned the same hospital room. After the death of Felicia's mother and the recovery of Edgar's, Felicia drops out of high-school and takes a job as caregiver to Edgar's mother. The odd-couple relationship between Edgar and Felicia, ripe with miscommunications, misunderstandings, and reprisals for perceived and real offenses, has some unexpected results." SIGNED by author on the title page. An uncommon proof with an equally uncommon signature. Indie Next sticker on front cover. 562 pp.

Condition: Fair condition in printed blue wrapppers (crinkling from dampness to the fore-edge of many pages, no spine creasing)