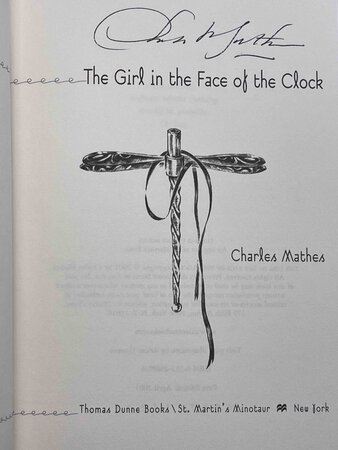 THE GIRL THE FACE OF THE CLOCK.

New York: St Martin's, (2001). SIGNED hardcover first edition - The fourth in his series of mysteries each featuring a different young woman. This is the story of Jane Sailor, a young woman who choreographs stage combat for theatrical productions. She is working at a regional repertory company when she gets an ominous phone call urging her to return to New York: something has happened to her father, who had been a promising painter before he fell down the stairs of their Soho loft and who had been in a coma for 8 years. SIGNED on the title page, 239 pp. ISBN: 0-312268955.