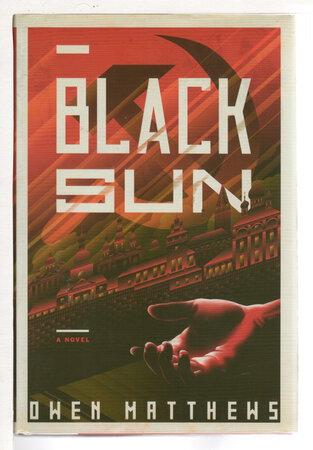 New York: Doubleday, (2019) dj. Hardcover first edition - The first novel by a journalist who has spent many years reporting on conflicts in Bosnia, Chechnya, Ukraine and elsewhere, and who served in Moscow as Newsweek's bureau chief for 10 years. Set at the beginning of the 1960s at the height of Soviet power and based on real events, the creation of the world's most powerful nuclear weapon, one with 3,800 times the destructive potential of the Hiroshima bomb, this is the story of a KGB agent sent to investigate the death of a brilliant young physicist, in a top-secret research city that does not appear on any map and where this bomb, RDS-220 was being developed. Author's note on the historical background. 306 pp. ISBN: 978-0385543408.