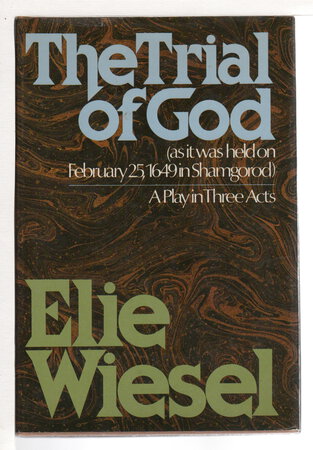 New York: Random House, (1979) dj. Hardcover first edition - A play set in a Ukrainian village in the year 1649,in the aftermath of a pogrom in which only two Jews, Berish the innkeeper and his daughter Hannah, survived the brutal Cossack raids. Translated by Marion Wiesel. Elie Wiesel was awarded the Nobel Prize for Peace in 1986. 161 pp. ISBN: 0-394506138.

Condition: Near fine in near fine dust jacket ("received" stamped on front endpaper, crease to rear flap of dj)