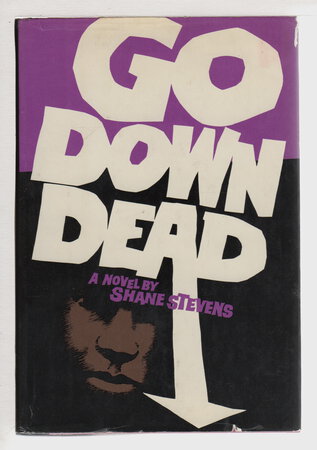 New York: Morrow, (1966) dj. Hardcover first edition - Author's highly praised first book, a novel set in Harlem in the 1960s - the story of King Henry, 16 years old, and he knows a lot - he knows who sells what - drugs, sex, guns and bullets. And most of all, he knows hopelessness and the one way out of it.
While some authors (among them Ishmael Reed) have criticized Stevens for being a white man writing about black lives, his life and attitudes were complex - Stevens described the language in this book as Òthe language of the people who live it. So that the reader may become a participant and not just a spectator. It is a language of pain, or despair and neglect - yes, and of hope as well.Ó Stevens grew up in largely black neighborhoods, of HellÕs Kitchen and then Harlem, and he wrote about what he knew. Stephen KIng commented that Stevens produced "three of the finest novels ever written about the dark side of the American Dream." 236 pp.