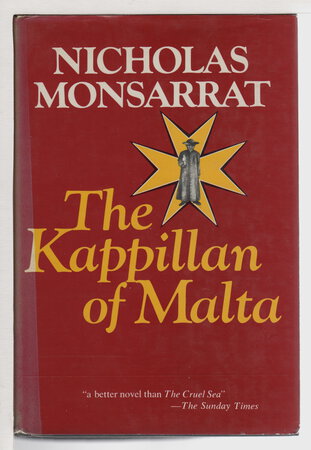 New York: Morrow, 1974. dj. Hardcover first edition - Considered one of Monsarrat's major novels, this is story of suffering and of heroism - that of a humble parish priest (although of a noble background) - a kappillan - as he cared for the flood of homeless, starving and frightened people during the Siege of Malta in World War II, from June 1940 to August 1942, when war came out of the sky to pound the island to dust. On six of those days the kapillan shared a story of inspiration, of the six mighty events in Malta's history. 501 pp. ISBN: 0-688002139.

Condition: Near fine in near fine dust jacket (sunning to spine of dj, although the text is still clear and readable)