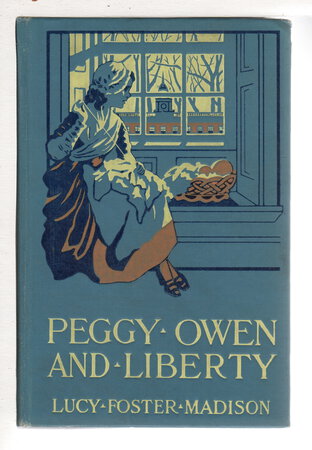 Philadelphia: The Penn Publishing Company, 1912. Hardcover first edition - The fourth and final book in Madison's Peggy Owen series, the story of a young Quaker girl in Philadelphia and its environs during the American Revolution. Because of her religion, Peggy is at first neutral about the War for Independence, but gradually becomes more and more involved in the fight for freedom. This book focuses on the unrest after the surrender of Cornwallis. Illustrated with a frontispiece with tissue guard and six glossy inserted plates by H. J. Peck. A rather uncommon interesting historical novel, especially in the first edition and in this condition. 456 pp.