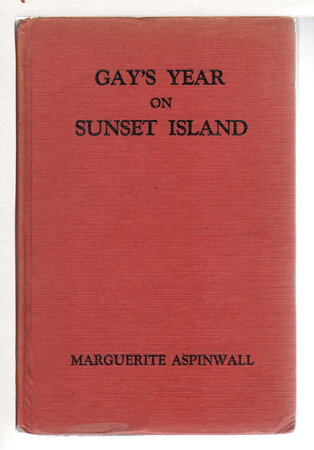 Cleveland, Ohio: Goldsmith Publishing, (c 1926). Hardcover - The first novel in this two book series, in which Gay Annersley, niece and adopted daughter of the Jennings, tells of how - after her uncle's bank failed - another uncle took her to Sunset Island in the West Indies, where the Pirate Morgan was reputed to have buried his treasure. 242 pp.

Condition: Good overall in orange boards with black lettering (rather severe toning to the pages, corners bumped) , no dust jacket.