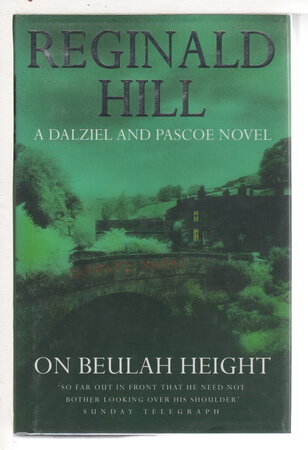 London: Collins Crime / Harper Collins, (1998) dj. SIGNED hardcover first edition - The sixteenth novel in the Dalziel and Pascoe series, one with it roots when Dalziel was a young detective - "With modernity raising its ugly head in Yorkshire, the grand idea of the Water Board was to flood a local valley to make a reservoir. Of course they had to bulldoze the homes of Dendale, the farming town inconveniently situated in that valley, first, and relocate the families. That was when the children began to disappear. Andy Dalziel was a young detective in those days, and he took the case hard. Three little girls were missing in all. . . Twelve years later, with one of the driest summers on record, the ruins of Dendale have begun to reappear in the reservoir. And the child-snatching has started again. Dalziel, older, wiser, and more caustic, is determined to get his man this time." SIGNED on the title page. 440 pp. ISBN: 0-002325268.

Condition: Very near fine in a fine dustjacket (some toning to the pages, as is common in UK editions) .