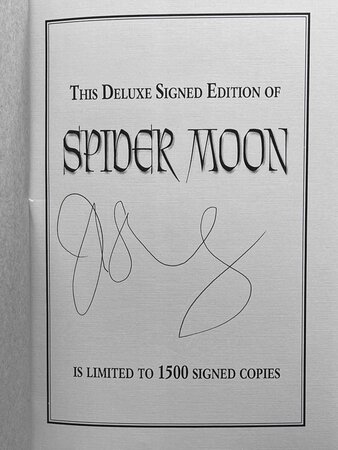 Baltimore: Cemetery Dance Publications, 2002. dj. SIGNED hardcover first edition - A gritty crime novel, set in San Francisco. One of 1500 unnumbered copies in the deluxe edition, SIGNED on a special tipped in page by the author. "Things go very wrong all at once for narrator Slim Purdoux, an editor at a San Francisco publishing house just bought by an international conglomerate. During a meeting in which he's told he's being transferred to New York, he gets a call alerting him that his teenage son has just died of tainted illegal drugs. After visiting the hospital, Slim returns to work and walks into a bloodbath caused by a gun-toting, alienated employee; when the cops arrive, they mistake Slim for the killer, and he flees, determined to exact revenge on whoever sold his son the drugs.. . The novel vibrates with energy, but its Shirley's ability to present without condemnation the wild hopes and shattered dreams, the raw essence of each of his characters that marks this as a novel thats not only grittily exciting but wise as well." (Publisher's Weekly) 170 pp. ISBN: 1-587670542.