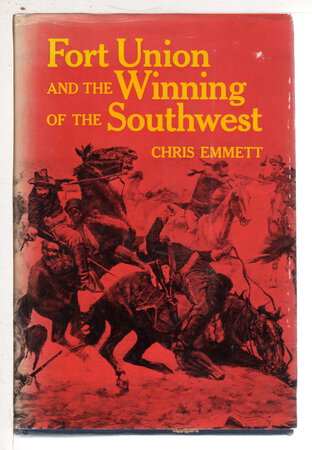 FORT UNION AND THE WINNING OF THE SOUTHWEST.

Norman, OK: University of Oklahoma Press, (1965) dj. Hardcover first edition - The history of Fort Union in New Mexico from its founding in 1851 until it was largely abandoned in 1891. It was the supply post and focal point for dealing with the Spanish and Indian population of New Mexico, and a major target of the Confederate Army in the Civil War, although it remained in Union hands. Foreword by W. S Wallace. Illustrated with photographs and maps. Appendix, bibliography and index.xvi, 436 pp.