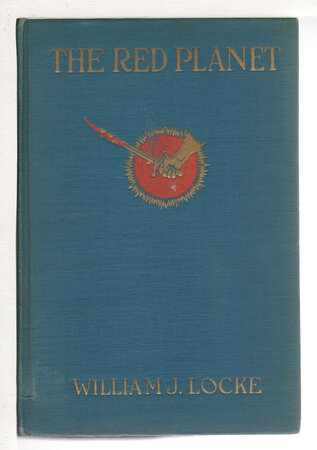 New York & London: John Lane / The Bodley Head, 1917. Hardcover first edition - Novel by this author who was born in British Guiana, and educated partially in Trinidad before returning to England to attend Cambridge University. Set in a small town near London during the first World War. A study of heroism, bravery, cowardice, and fear, narrated by an ex-English officer, Duncan Meredyth, who was crippled during the Boer War. This is really the story of Leonard Boyce, a man of heroic appearance, who is assaulted at times with an uncontrolled, paralyzing fear. One of five novels by Locke to reach the bestseller list in the US. 349 pp. plus 2 pp of publisher's ads.

Condition: Very good in blue cloth with gold lettering and small illustration on front cover (some rubbing to the lettering on the spine, but still legible, gift inscription on front endpaper in pencil and dated in 1917), no dust jacket.