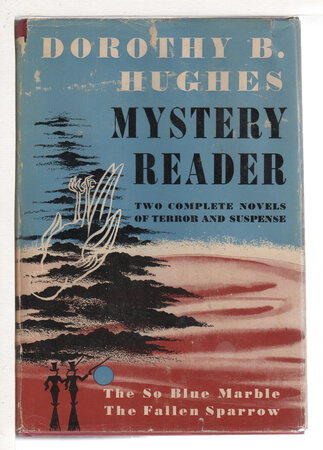 DOROTHY HUGHES MYSTERY READER: The So Blue Marble and The Fallen Sparrow.

New York: World Publishing Co., (1944) dj. Hardcover first edition - An omnibus edition with two complete novels, including her first mystery - The So Blue Marble - a classic suspense novel set in New York City and a Haycraft-Queen Cornerstone selection, and The Fallen Sparrow, the story of Kit McKittrick and how he avenged the death of his friend. This novel was made into a film in 1943 starring John Garfield. Each is paginated separately - 240 and 307 pp.

Condition: Very good in red cloth in a fair only dust jacket with several tears along the folds, overall edgewear. .