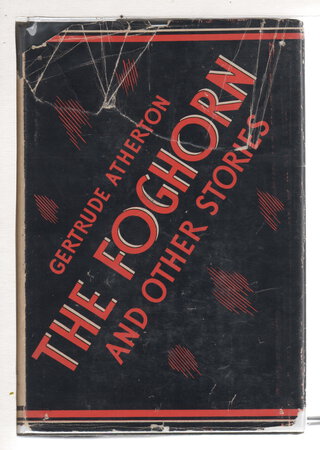 Boston: Houghton Mifflin, 1934. dj. Hardcover first edition - A collection of four supernatural tales, consisting of two novellas and two short stories, set in California and Europe, including - in addition to the classic title story - the often-anthologized "The Striding." Two long and two short stories, the setting shifting from California to Europe. In first of the novellas - 'The Eternal Now' - a man relives his past existence in an earlier century at the height of a party he is giving in the here and now and in 'The Sacrificial Altar' a writer of crime fiction cannot prove his only crime and kills himself. 198 pp.

Condition: Very good in black cloth with red lettering in a rather poor example of the uncommon dust jacket - the book has a couple of previous owner stamps; the dust jacket has several short tears with associated creasing on the front cover and the loss of about 1 inch at the top of the spine, but the original price of 1.75 is still present.