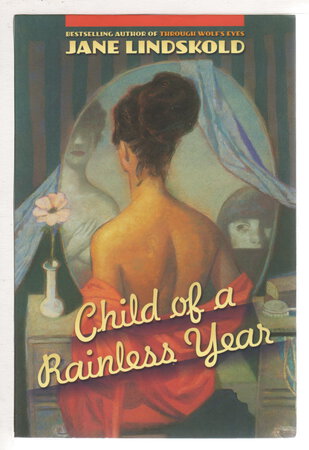 CHILD OF A RAINLESS YEAR.

New York: TOR / Tom Doherty Associates, (2005). First edition - A fantasy novel shot through with the magic of the Southwest. After her foster parents die, middle-aged Mira Fenn learns that she still owns the Las Vegas, New Mexico house where she spent the first years of her life before her mother disappeared. Travelling back to New Mexico, she finds the house painted in innumerable colors on the outside - and things get stranger still.. . "The silent women reappear. Even as Mira begins to suspect the power to which she may be heir, the house itself appears to be waking up"." 400 pp. ISBN: 0-765315130.