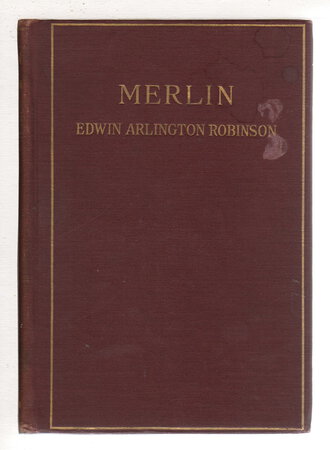 New York: Macmillan, 1917. Hardcover first edition - An early work by Robinson (who later went on to win the Pulitzer Prize three times), a long dramatic narrative poem set in the declining days of Camelot, a poem written as the first World War raged, and the first of three poems by Robinson which used the Arthurian legend. 168 pp plus 4 pp of publisher's ads for other works by Robinson.

Condition: Very good in burgundy cloth with gilt lettering on front cover and spine), some dulling to the spine, binding slightly cracked before the title page, but still quite scarce in the first edition.