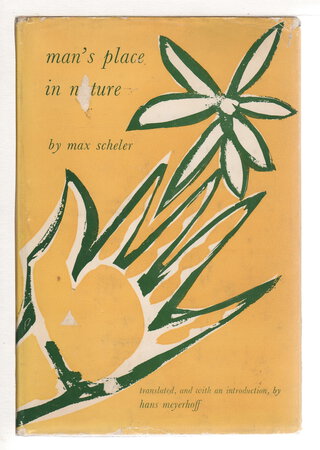 Boston: Beacon Press, (1961) dj. Hardcover first edition - The first appearance in English of the final work of Scheler, originally published in German in 1928. Scheller was known for his work in phenomenology, ethics, and philosophical anthropology, and he developed the philosophical method of Edmund Husserl, the founder of phenomenology. After his death in 1928, Martin Heidegger commented, along with Ortega y Gasset, that all philosophers of the century were indebted to Scheler. Translated from the German and with a long introduction by Hans Meyerhoff. Notes, index. xxxv, 105 pp.