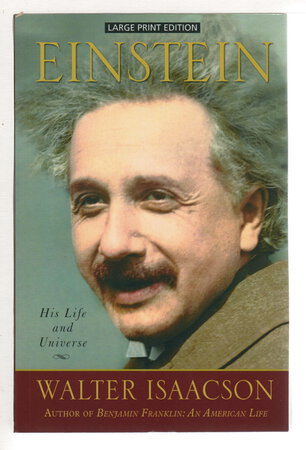 EINSTEIN: His Life and Universe

New York: Large Print Press / Gale Cengage, (2008). First edition - A definite biography, drawing on new research and documents only recently made available, which " reveals the man behind the science, from his early years and thought experiments in Germany, to his marriages and children, his role in the development of the Atomic Bomb and his work for Civil Rights groups in the United States." Illustrated with photographs, Notes and sources. 942 pp. ISBN: 978-1594132599.