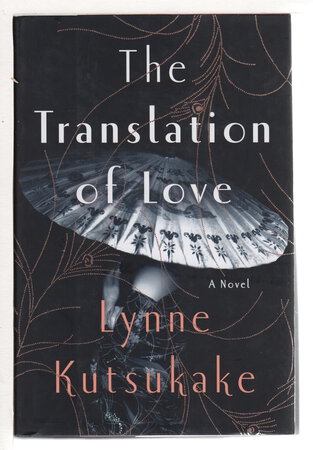 THE TRANSLATION OF LOVE.

New York: Doubleday, (2016) dj. Hardcover first edition - The first novel by this third generation Japanese Canadian, a gripping portrait of post-war Japan under General MacArthur. "After spending the war years in a Canadian internment camp, thirteen-year-old Aya Shimamura and her father are faced with a gut-wrenching choice: Move east of the Rocky Mountains or go 'back' to Japan.. .
But war-devastated Tokyo is not much better. Ayas father struggles to find work, compromising his morals and toiling long hours. Meanwhile Aya, born and raised in Vancouver, is something of a pariah at her school, bullied for being foreign and paralyzed when asked to communicate in Japanese. Ayas alienation is eventually mitigated by one of her principal tormenters, a willful girl named Fumi Tanaka, whose older sister has mysteriously disappeared." 318 pp. ISBN: 978-0385540674.