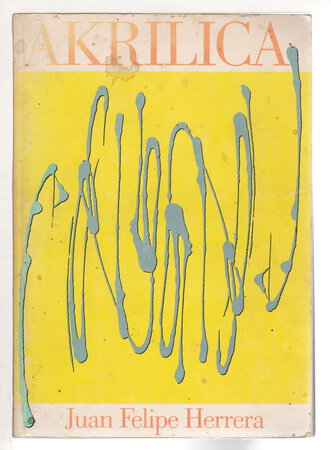 Santa Cruz, CA: Alcatraz Editions, 1989. SIGNED first edition - A rather hard to find book by this Chicano poet, who was both California's poet laureate, and the 21st United States Poet Laureate from 2015 to 2017 (the nation's first Chicana or Chicano poet laureate.) A bi-language collection: the poems, written in Spanish, were translated into English by a team of four translators, along with the author. The text in Spanish is on the left hand side, the English translations by Stephen Kessler and Sesshu Foster with Dolores Bravo and Magaly Fernandez are on the right. INSCRIBED by Herrera on the half title page and a 2nd inscription passing the book on. Slightly oversized format. 165 pp.

Condition: Good overall in illustrated wrappers - some soiling and fading to the covers, contents are clean, binding sturdy.