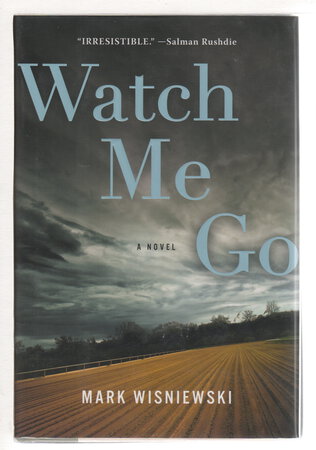 New York: Putnam, (2015) dj. Hardcover first edition - Award-winning author's second novel and first crime thriller - "Douglas Deesh Sharp has managed to stay out of trouble living in the Bronx, paying his rent by hauling junk for cash. But on the morning Deesh and two pals head upstate to dispose of a sealed oil drum whose contents smell and weigh enough to contain a human corpse, he becomes mixed up in a serious crime. When his plans for escape spiral terribly out of control, Deesh quickly finds himself a victim of betrayal - and the prime suspect in the murders of three white men." Dust jacket praise from such diverse writers as Salman Rushdie, Daniel Woodrell (who called it "a fabulous noir") and others. 310 pp. ISBN: 978-0399172120.

Condition: Very near fine in a like dustjacket (tanning to edges of textblock)