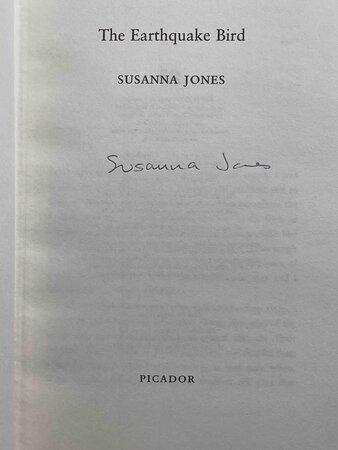 London: Picador, (2001) dj. SIGNED hardcover first edition - The author's first novel, the story of Lucy Fly, an English woman working as a translator in Tokyo. When the story opens she has been arrested for the murder of another English woman, Lily Bridges, whose partial remains have just been found. Otto Penzler called this "little gem of a book is a startlingly good debut - it grips you while you read and stays with you long after you've finished." SIGNED on the title page. Winner of the Crime Writer's Association John Creasey Memorial Award for the best first crime novel of 2001. 212 pp. ISBN: 0-330485016.