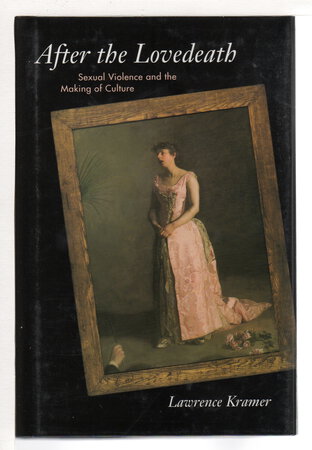 AFTER THE LOVEDEATH: Sexual Violence and the Making of Culture.

Berkeley, CA: University of California Press, 1997. Hardcover first edition - An "attempt to reinterpret the nature of sexual violence and to imagine the possibility of overcoming it. Kramer traces today's sexual identities to their nineteenth-century sources, drawing on the music, literature, and thought of the period to show how normal identity both promotes and rationalizes violence against women. To make his case, he uses operatic lovedeaths, Beethoven's "Kreutzer Sonata" and the Tolstoy novella named after it; the writings of Walt Whitman and Alfred Lord Tennyson, psychoanalysis, and the logic of dreams." Notes, bibliography, index. ix, 281 pp. ISBN: 0-520210123.