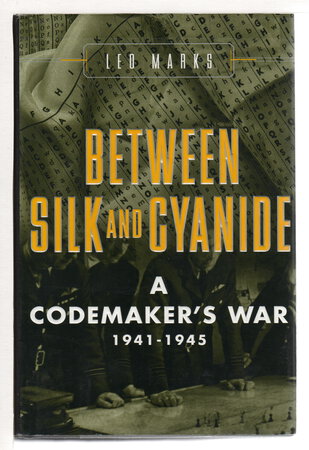 New York: The Free Press (Simon and Schuster) (1998) dj. Hardcover first edition - A memoir by the son of the bookseller at 84 Charing Cross Road. In 1942, at 22 years old, Leo Marks left his father's famous London bookshop and went off to fight the war. He became head of communications at the Special Operations Executive (SOE), where he revolutionized the codemaking techniques of the Allies and trained some of the most famous agents dropped into occupied Europe, including "the White Rabbit" and Violette Szabo. Although this book displays Marks's keen sense of the absurd and his wry wit, it is even more a book which celebrates individual courage and endeavor, as it never loses sight of the human cost and horror of war. Illustrated with photographs. Index. 614 pp. ISBN: 0-684864223.