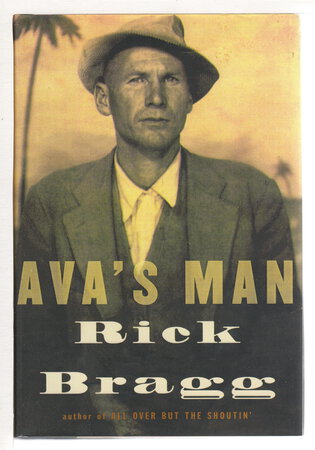 New York: Alfred A. Knopf, 2001. Hardcover first edition - Award winning author's "evocation of his mother's childhood in the Appalachian foothills during the Great Depression, and the magnificent story of the man who raised her. Charlie Bundrum was a roofer, a carpenter, a whiskey-maker, a fisherman who knew every inch of the Coosa River, and made boats out of car hoods. He could not read, but he asked his wife, Ava, to read him the paper every day so he would not be ignorant. He was a man who took giant steps in rundown boots, a true hero whom history would otherwise have overlooked. In the decade of the Great Depression, Charlie moved his family twenty-one times, keeping seven children one step ahead of the poverty and starvation that threatened them from every side." Frontispiece portrait. 259 pp. ISBN: 0-375410627.