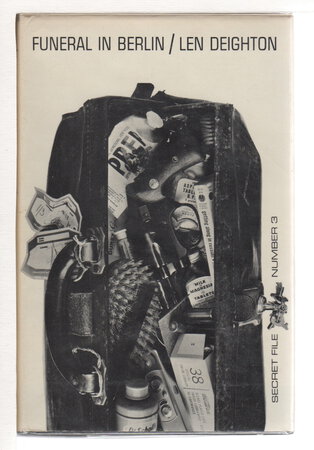 London: Jonathan Cape, (1964) dj. Hardcover first edition - Deighton's third spy novel featuring his unnamed secret agent. The second of these novels to be made into one of the Harry Palmer films featuring Michael Caine. Nominated for the Edgar award. 312 pp. Dust jacket by Raymond Hawkey.

Condition: Very near fine in a like dustjacket. Rather hard to find, and especially so in this condition.