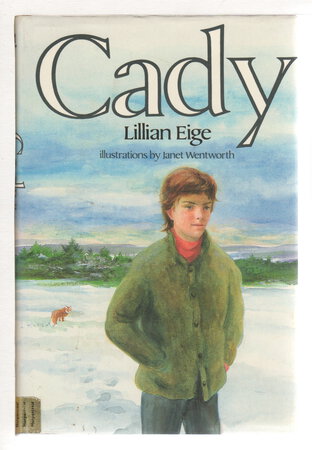 New York: Harper & Row, (1987) dj. Hardcover first edition - Because his mother had died during childbirth and his father disappeared afterwards, 12-year-old Cady was shuffled from relative to relative for all of his life. After the death of his grandmother, when he was caught up in a flooded river and presumed dead, he took things in his own hands and went to the home of a cousin - still almost a child herself - and from there he was sent to stay on an old farm, where he was gradually able to build a world with people who cared about him. Illustrated with drawings by Janet Wentworth. 183 pp. ISBN: 0-060217928.