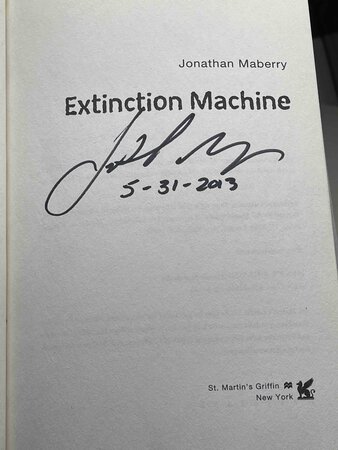 New York: St. Martin's Griffin, (2013). SIGNED first edition - The fifth Joe Ledger novel: "the DMS (Department of Military Sciences) must go up against someone - or something - in search of new technology that could bring about world war. The President of the United States vanishes from the White House. A top-secret prototype stealth fighter is destroyed during a test flight. All over the world reports of UFOs are increasing at an alarming rate. There are rumors of alien-human hybrids living among us."SIGNED on the title page and dated in the year of publication. 433 pp. ISBN: 978-0312552213.